In 1976 Dr. Irwin Korr stated:
“The spinal cord is the keyboard on which the brain plays when it calls for activity. But each ‘key’ in the console sounds not an individual ‘tone’ such as the contraction of a particular group of muscle fibers, but a whole ‘symphony’ of motion. In other words, built into the cord is a large repertoire of patterns of activity, each involving the complex, harmonious, delicately balanced orchestration of the contractions and relaxation of many muscles. The brain thinks in terms of whole motions, not individual muscles. It calls selectively, for the preprogrammed patterns in the cord and brainstem, modifying them in countless ways and combining them in an infinite variety in still more complex patterns. Each activity is subject to further modulation, refinement, and adjustment by the feedback continually streaming in from the participating muscles, tendons and joints” (Chaitow, 2002, p. 33).

Brilliantly stated.  This is how we approach movement in Pilates. 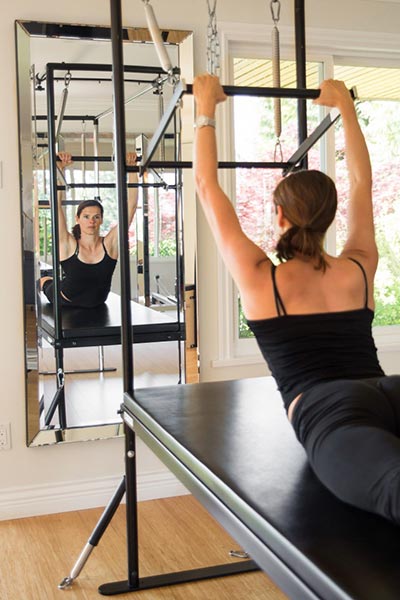 Welcome to the Powerhouse Pilates blog, where we discuss all things related to wellness.

A welcoming pilates studio in North Vancouver where you can relax, reveal your challenges, rejuvenate and focus.

Morning glutes 🔥🔥🔥 A lot of muscles are

Side body love ❤️🔥 Side bending and rotati